When I was in high school, I had a classmate whose family owned a local fish market. They were known for selling the freshest seafood at affordable prices and it didn’t hurt they were the only game in town.

I enjoy seafood, and I absolutely love lobster.

One day I was talking to two of my girlfriends about how much I love lobster… hot and dripping in butter… a salad and a baked potato – pure heaven.

We were all in agreement about the pure heaven part and before we knew it, I was driving my baby blue Chevy Chevette to the fish market so we could score some lobster.

It is easy to cook, right?

I mean, just boil it.

It is sort of sad, though, don’t they scream?

We talked the entire way there, feeling rather adult-like while convincing ourselves we could certainly prepare a delicious lobster dinner.

Once inside the fish market we were taken aback by the overpowering smell. Okay, so fish smell… but lobster dinner, totally worth it.

We selected three lobsters with the care one takes in purchasing a new vehicle (not that I would, I mean, I owned a Chevette!) and smiled as we handed over our hard-earned cash.

They gave us a brown paper bag containing the lobsters and not one of us extended an arm to grab it.

“Well somebody has to hold it!” I announced, “I have to drive.”

Reluctantly one of my friends finally grabbed the bag and carried it at arm’s length, as if it contained a boa constrictor.

She placed the bag on the back seat, I started the car and we were on our way.

We were laughing and talking, as teenage girls do, giddy with excitement over the feast  we were soon to prepare.

“How long do you think we have to boil them for?” I asked.

“Until they’re red.” My friend in the passenger seat replied.

Suddenly, my friend in the back seat let out a blood-curdling scream.

I slammed on the brakes right in the middle of Route 1, a busy, well-traveled road.

“They’re getting out of the bag!” She yelled as she swung open the car door.

We all screamed in unison and fled the vehicle leaving all of the car doors open.

“Oh my God! What are we going to do?” My friend yelled.

“I’m not picking them up!” I said, as I felt a shiver run down my spine.

Cars were stopped behind us as the people driving in the lane to the left of us slowed down to see what all of the commotion was about.

“They’re trying to crawl into the front seat!” My friend bellowed, and we all started to shriek again.

I was panicked about the loose lobsters in my car. I liked them better when they were in the bag, which I intended to dump them from into a boiling pot of water I thought as I saw the flashing lights of the cop car behind us.

The officer approached and asked, “Is everything okay? Are you broken down?”

“You can not stop and abandon your vehicle in the middle of a busy road like this,” he instructed.

“Well, the lobsters are out of the bag,” my friend stated, looking like she was going to start to cry.

The traffic was mounting around us.

The officer looked into the vehicle. He never even asked to see my license or registration.

He simply picked up the lobsters, put them back into the brown paper bag and rolled up the top.

“Go straight home,” he said, and we got back into the car.

I never drove so carefully or with as much anxiety, as I did that day.

We cooked the lobsters, dumping them straight from the bag into the pot of boiling water and they were as delicious as we had imagined they would be…

To this day, I have never purchased another live lobster from a fish market, and not because I wouldn’t like to.

I just think that it would be better if I got them an UBER.

My Life I Swear

It never fails…the 24 hours before I get my period is a roller coaster of emotions.

One night, I was discussing this with my female friends at work. We were all sharing stories and laughing at the things that have happened and the way that we have acted the night before we got our periods.

One of my friends recounted a story of arguing with her husband and running back and forth between the bedroom and the bathroom, locking the respective doors each time.

Another said she would go on endlessly about how no one had any idea how much work she did.

Another described having her anger escalate so much that she was ready to move out of her home.

And yet another, labeled herself “The Crier”, stating, “Every month I just cry.”

What’s behind all of the monthly arguments that have ensued with our significant others and all of the irrational crying?

Why do we continue to do this to ourselves and the people that we love?

My friends and I surmised that it really feels beyond our ability to control all of the pre-period mayhem that each of us have caused on a monthly basis.

There has to be something to it, I thought.

So I did a little research.

On the 14th day of your menstrual cycle, there is a peak in estrogen. While there are lots of benefits to this spike in estrogen, one of the drawbacks is that it can amp up your anxiety and cause you to stress over both big and small issues.

And, if that isn’t bad enough, there’s more…

The final 6 days of your cycle: Estrogen and progesterone plunge

“As estrogen plunges during this premenstrual week, it can trigger moodiness, sadness, irritability, muscle aches, insomnia, headaches, fatigue and a wide variety of other PMS-related symptoms. Not every woman suffers from premenstrual syndrome and symptoms can be milder or more severe from month to month often due to diet, stress, medications, exercise habits or your body’s personal sensitivity to hormones.”

Well, that explains it! Now I’m feeling just a little less insane and I hope that you are too if you can relate to me and my friends at work.

Now, If someone would figure out a way to add estrogen to wine, the world would certainly be a much better place.

Until then, we’ll all just have to continue to deal with the mayhem, significant others included…well, up until Menopause anyway…but that’s a whole other roller coaster.

At the end of the conversation with my girlfriends, one of my post-menopausal friends said, “God, I miss my period!”

“Are you serious?” I laughed, “After that conversation?”

“Yes.” She replied, “I miss laying on the couch in my pajamas, watching movies and not having to do anything or even make dinner. I do miss all of that.”

“I never thought of it that way.” She said, “I think that you’re right!” 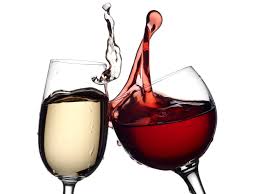 It’s too nice of a day to play inside, I thought, as Marc and his friend Angel returned from school and ran up the stairs to Marc’s bedroom. They were both quiet so I figured that I would give them a little time inside before I suggested they make the best of the nice weather and find an outdoor activity.

I was busy cleaning up the kitchen when Marc entered the room with Angel in tow.

“Mom,” Marc called as he extended his right arm and motioned to hand me what appeared to be Angel’s cell phone. “Can you talk to this lady?”

I was a bit caught off guard, not knowing who was on the phone or what I needed to speak to them about.

“Hurry up mom, she’s waiting.” Marc said urgently while moving the phone closer to my ear.

Perplexed, I managed a brief “Hello.”

“Ma’am, was that your son I was just speaking with?” the woman on the phone inquired.

“Yes.” I replied, as I glanced around noticing that both Marc and his friend had left the room. Just great, I thought. I still had no idea about the nature of the phone call.

The woman continued, “Your son, I have to say, is very intelligent and very well spoken…and I do realize that assigned seating on the bus is a very big deal to a fifth grader…but here at the State of Connecticut Legal Department, well, we don’t handle those issues.”

Shocked, I managed a brief, “I understand.” in response.

“Now, you can certainly take the bus seating issue to the principal or to the superintendent, or the board of education if you are unable to get any satisfaction otherwise…” I heard her say, while I contemplated how I even ended up taking part in this conversation.

Before hanging up, the woman added with a laugh, “You have quite a little boy.”

“I know, thank you.” I said before saying goodbye.

I walked to the foot of that stairs and yelled Marc’s name. Before Marc even reached the bottom he had a flurry of questions…

“So, what did she say? Do we still have to have assigned seats on the bus? Can I sit next to Angel now?”

While Marc was excitedly awaiting my reply I said, ” Marc,  I have one question…why in the world would you call the Connecticut State Legal Department, on Capitol Hill in Hartford, to complain about seating on your school bus?”

“Well mom, it’s not fair for them to tell us where we have to sit on the bus,” Marc began, “And I just want to sit next to Angel…so I figured I’d start at the TOP.”

“Marc, the lady said we have to call the school,”  I stated,  “And don’t ever hand me a phone again without telling me who I’m speaking to.”

The door slammed as they went outside to play and I had to laugh out loud.