When Rocky was in third grade he returned from his day at school with an extremely sad face.

I greeted him with a smile and asked how his day was.

Rocky removed a small, handmade Indian satchel from his backpack and handed it to me.

“You made this?” I asked

As I held the small satchel in my hand, I observed each of the meticulously placed feathers and stones that Rocky had glued to it. It was obvious that he had decided with great care where each of them would be placed. It was simplistically and tastefully done. I was impressed with the beauty of what my son had made and all of the effort that he had put into it.

“Mommy, it’s an Indian satchel.” Rocky began, “We’re learning all about American Indians in school and this is what they used to carry their stuff.”

Rocky replied, “My art teacher said that all of the other kids glued more rocks and feathers to theirs and I didn’t try hard enough.”

“I’m not any good at art.” He stated through lips that began to quiver.

Rocky sat on the floor across from me and sobbed, tears running down both of his cheeks.

“Rocky you are really good at art. What you make is your own creation and it is absolutely perfect because you made it. ” I said, “Art is an expression of yourself and you expressed yourself beautifully.”

I gave Rocky a hug and dried his tears.

“Thanks Mommy.” He said

“Now go play.” I replied with a smile.

That night as I made dinner all I could think about was the Indian Satchel and my son’s tears.

After I got the boys in bed, I fired up the computer and composed a very heartfelt, passionate email to my son’s art teacher. I told him how Rocky cried over his project and his grade. I told him how my son had said, “I’m not any good at art.”

My fingers flew over the keyboard as I explained that this letter grade that my son received had helped him to come to the conclusion that he had nothing to offer artistically.

And I didn’t stop there.

I explained that art was a form of expression and perspective that was individual to each person and how I felt that as long as the student completes the project and learns, in this case, the history or assignment that went along with it, that there should be no letter grade…only a complete or incomplete regarding the project.

I was crying as I wrote, feeling validated in what I was saying.

In closing, I pointed out that my son crying and believing that he wasn’t good at art is the complete opposite of what art is meant to teach: freedom of imagination, creativity, self-expression, personal growth and confidence.

I ended by signing my name with my phone number below.

The following night I received a phone call from the art teacher. He apologized for his statement to Rocky and what had transpired when Rocky returned from school with his art project.

The outcome, he said, was that the students in lower elementary art classes would no longer be receiving letter grades for their individual art projects, only a letter grade for each marking period.

I thanked him and we hung up.

I had made a difference, not only for my son, but for all of the other children that need to express their individual creativity without fear of it not being good enough.

We are all always enough.

For all of the artists, painters, sculptors, crafters, decorators, photographers, seamstresses, knitters, crocheters, woodworkers, dancers, musicians, actors, singers, fashionistas, and writers out there…

What you create is enough…It is always good enough, because it is an expression of you.

Don’t ever let anyone tell you otherwise.

Sometimes we find ourselves totally unprepared for what life throws at us. There is no forewarning, no current of change, no inkling of the storm that is brewing along the horizon.

And then, there we are standing dead center, in the eye of the storm.

We realize that the saying “Life can turn on a dime” exists for a reason… because it is true.

Maybe it is any injury, or a breakup, an illness or the loss of a job or a loved one. Whatever the storm may be, the eye of it is the devastating life change that turns your world upside down.

The enormity of the situation finally sets in. You go through an array of emotions, shock, confusion, fear, anger, depression, anxiety, uncertainty… then innately, you realize that you have no choice but to face it.

Acceptance is the first step in regaining your ground.

Slowly you learn to cope with your new circumstances without even realizing that coping is the second step in embracing change. 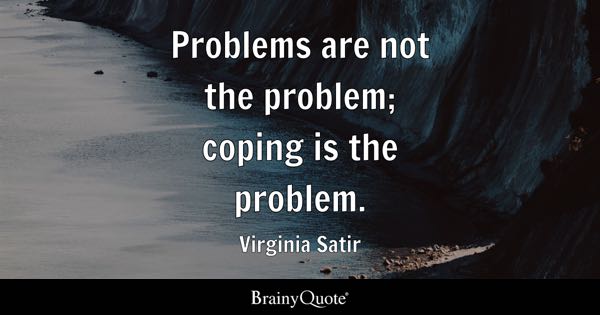 So where do you go from here?

This is the part where your adaptability, courage and resilience takes you places you would never have dared to go if wasn’t for the storm and the eye of the storm that catapulted you to where you now reside.

Maybe through your experience, you find a cause that you are passionate about.

Maybe you have an interest in sharing your experience and helping other people who are dealing with a similar situation.

Maybe you are inspired to create in the form of the written word, art or even an invention.

And maybe, you realize that the storm, the turn of a dime that you saw as a setback, is the exact circumstance that gave you the opportunity to see things from a different perspective.

A perspective that not only leads to beautiful and unexpected paths but ultimately leads you to grow and thrive.